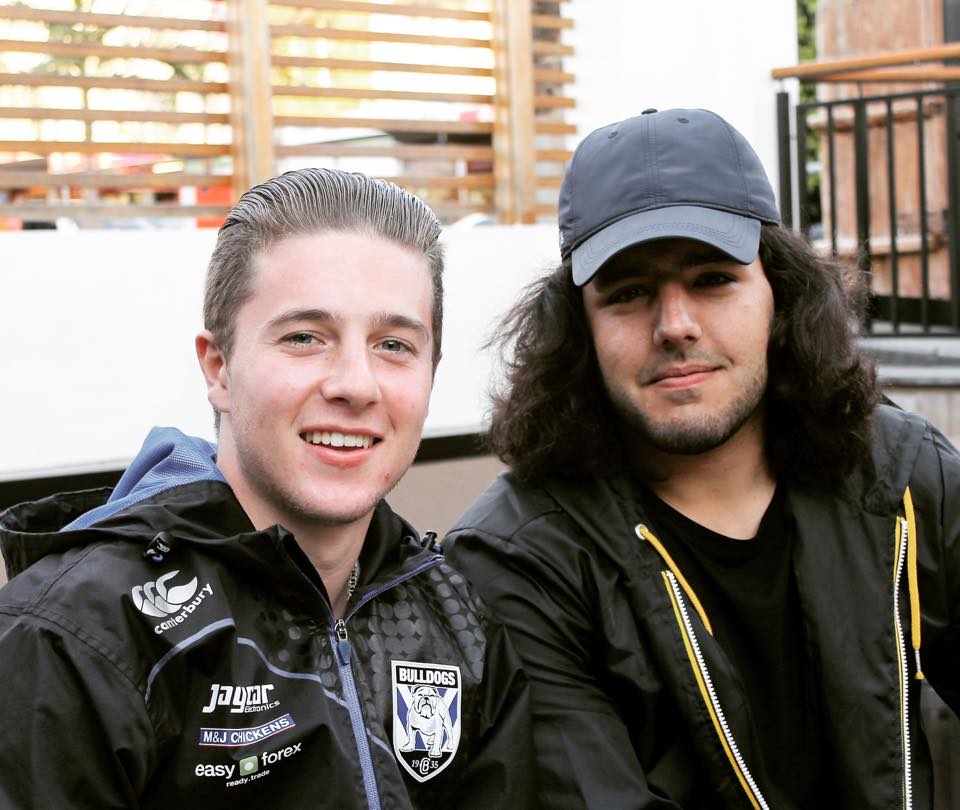 Seb: We are Eastwood boys through and through, born and raised in 2122. Went to the schools here St. Kevin’s Eastwood, Marist Eastwood, and play soccer for Eastwood St Andrews – the greatest club in the Gladesville Hornsby Football Association. I’m Mr Eastwood. When I die, I want them to scatter my ashes at Eastwood.

Ronnie: All our friends are in the area. … After school, we used to go to old Target at Eastwood and play PlayStation. We’d also go to Eastwood Oval and have a kick. Ride our bikes as well, walk the dogs.

Seb: Life at the moment is uni, soccer, mates, and girls when I can be bothered (not all the time).

Seb: For us, the biggest things are the pubs, Eastwood Oval, football. And unfortunately driving through Eastwood.

Seb: It wasn’t an age thing that made us good mates.

Ronnie: It was similarities, the 2122 blood.

Ronnie: It’s a great area, we don’t want to move.

Seb: It’s peaceful, not much crime and feels very safe, except when you’re driving.

Ronnie: We love Asian food as well. Favourite is the Chinese takeaway place opposite the old Charcoal chicken.

Seb: Pork rolls at Lim’s. We’d like to stay in the future if we could afford it.

Ronnie: We don’t want to move but the house prices are nasty.

Seb: Probably that’s the only thing we don’t like about Eastwood… besides the driving. But I think we’ve brought that up a few times already.