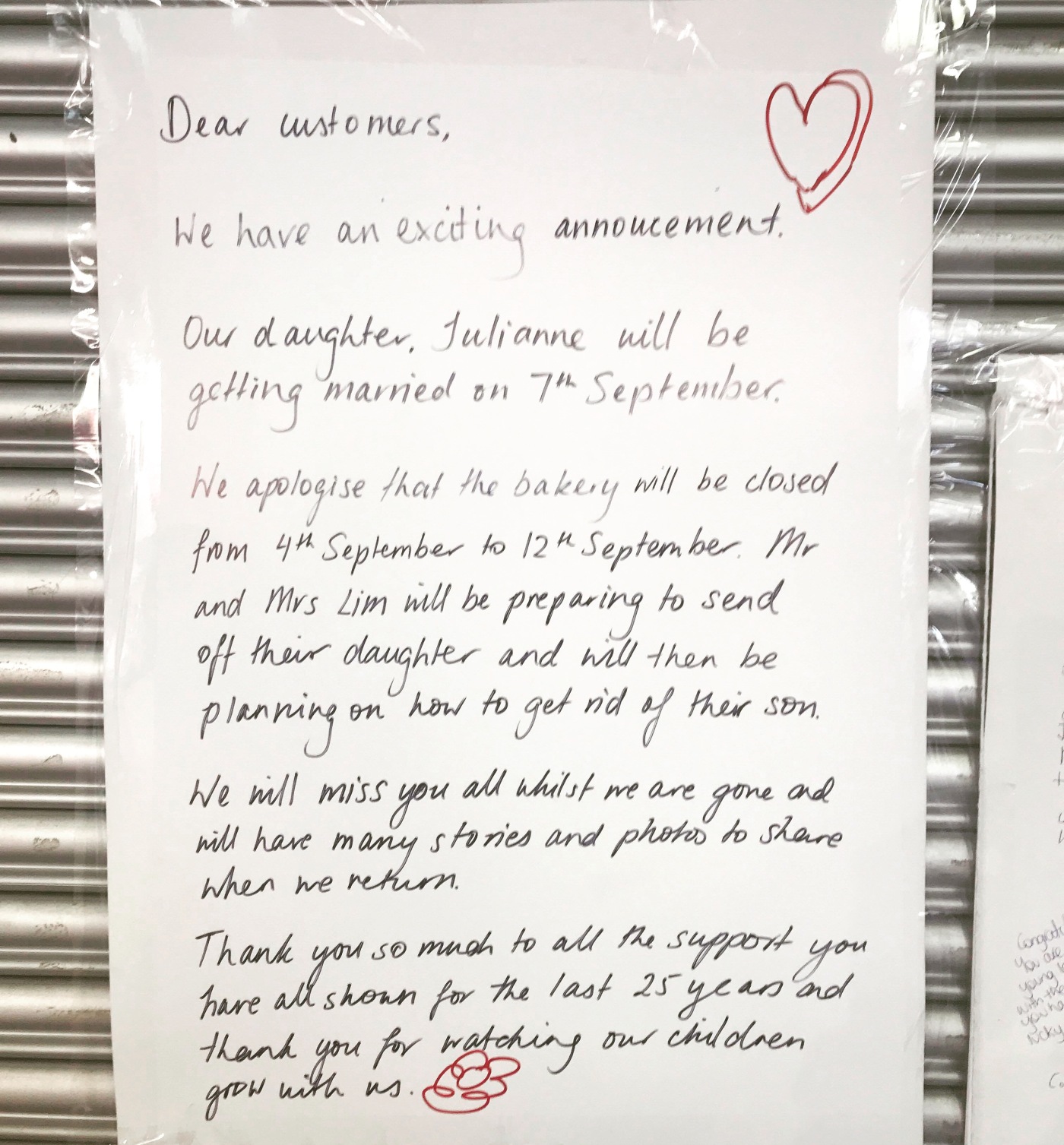 Brandon Lim 18, son of popular local bread shop owners Hay and Yen Lim was surprised to read a note posted by his parents at the shop front.  The note read that the bakery would be closed for a few days due to Brandon’s sister Julianne’s wedding (which of course Brandon knew about).  But that wasn’t all.  “Mr and Mrs Lim will be preparing to send off their daughter and will then be planning on how to get rid of their son.” the note continued. 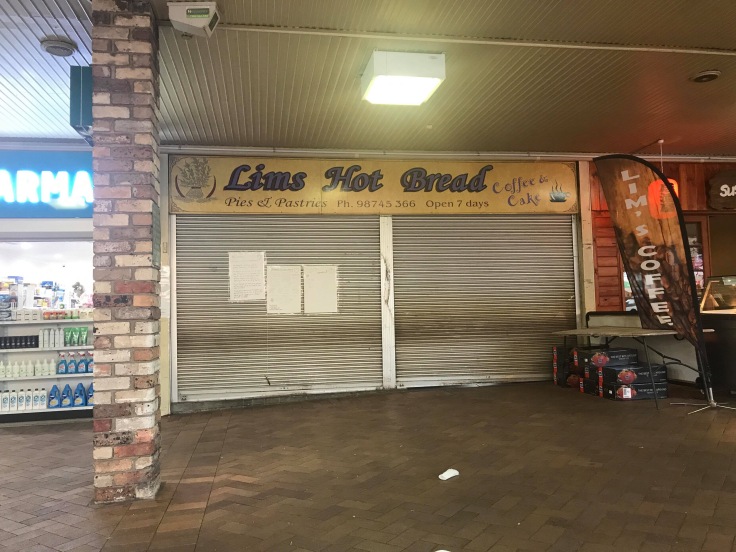 Mr and Mrs Lim are well known in the Eastwood community for posting their humorous notes at the door for customers to read whenever the shop closes around Christmas/New Year.  So after Humans of Eastwood posted a photo of their latest note on facebook, the post went viral and poor (or lucky) Brandon’s singleness quickly became national news around Australia.  The story was picked up by the Daily Telegraph, Daily Mail Online, Yahoo News and news.com.au 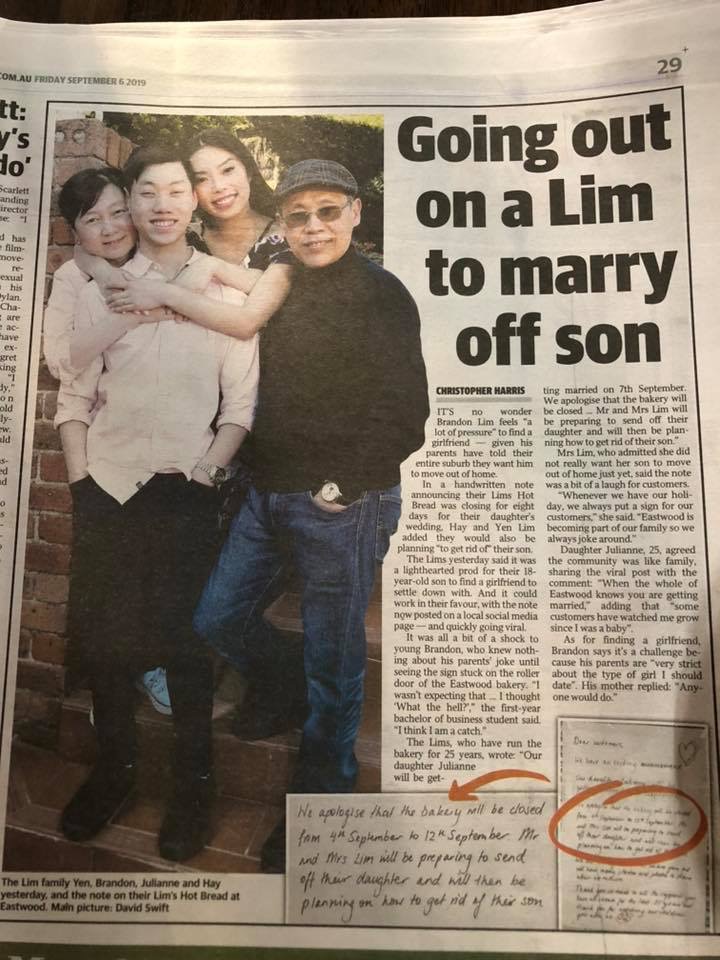 Brandon told the Daily Telegraph he thinks he’s “a catch”

While we don’t know Brandon personally, an obvious plus for anyone wanting to date him will be a life-time’s supply of banh mi.  On the minus side, his mother told the Daily Telegraph that he’s a bit messy, and we guess if you became a member of the Lim family, the parents may write about you in their annual notes that all of Eastwood, if not the rest of Australia might get to read!